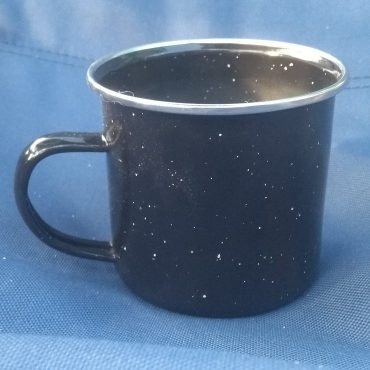 1) A Scout is to be trusted.
2) A Scout is loyal.
3) A Scout is friendly and considerate.
4) A Scout belongs to the worldwide family of Scouts.
5) A Scout has courage in all difficulties.
6) A Scout makes good use of time and is careful of possessions and property.
7) A Scout has self-respect and respect for others.

How many of these laws did I manage to break in a period of 5 minutes on Beaver camp. I think in the end it was about 4 of them. Here’s the story of how we pranked Beaver Leader on Beaver camp. I’ll be using our Beaver names to protect the innocent, you can decide who I was.

Lion asked Bat (the Beaver Leader) whether he wanted a brew (no laws broken quite yet but we have reinforced being friendly and considerate).
Snail proceeded to make the brew (coffee, white, 1 sugar) until Lion decided it would be funny to put in some salt and we all agreed eventually of the portion of salt (only a little spill as if we’d muddled up the salt with the sugar).

As Lion poured in the salt, Giraffe thought it be a good idea to tip the salt bottle in further allowing at least half the bottle of salt to submerged into the now very, very salty coffee (here I realised we had broken the laws of how a Scout should be trusted, loyal, friendly and considerate and have respect for others at least we didn’t break a 5th by dropping Bat’s property).

Once we agreed it would be absolutely hilarious to still give the very salty coffee to Bat, we waited for Lion to take it back over. According to Bat, he thanked Lion and noticed how Snail and Giraffe were virtually the Chuckle Brothers in the back and Lion had a huge grin on his face asked out of interest whether we had done anything to the coffee. Lion quickly said no and ran back to the kitchen quickly (yet again breaking the law of how a Scout should be trusted).

Once Bat had left the room we quickly called over Mole (another Beaver Leader) to tell her of our greatest achievement and how proud we were but quickly learned that Bat would not be impressed. He came back in after a sip out of his coffee exclaiming that there will be revenge.

So, that evening, Giraffe’s tent magically collapsed. I am still waiting for the revenge to be taken out on me but at least afterwards I will know I will be able to have courage in all difficulties.