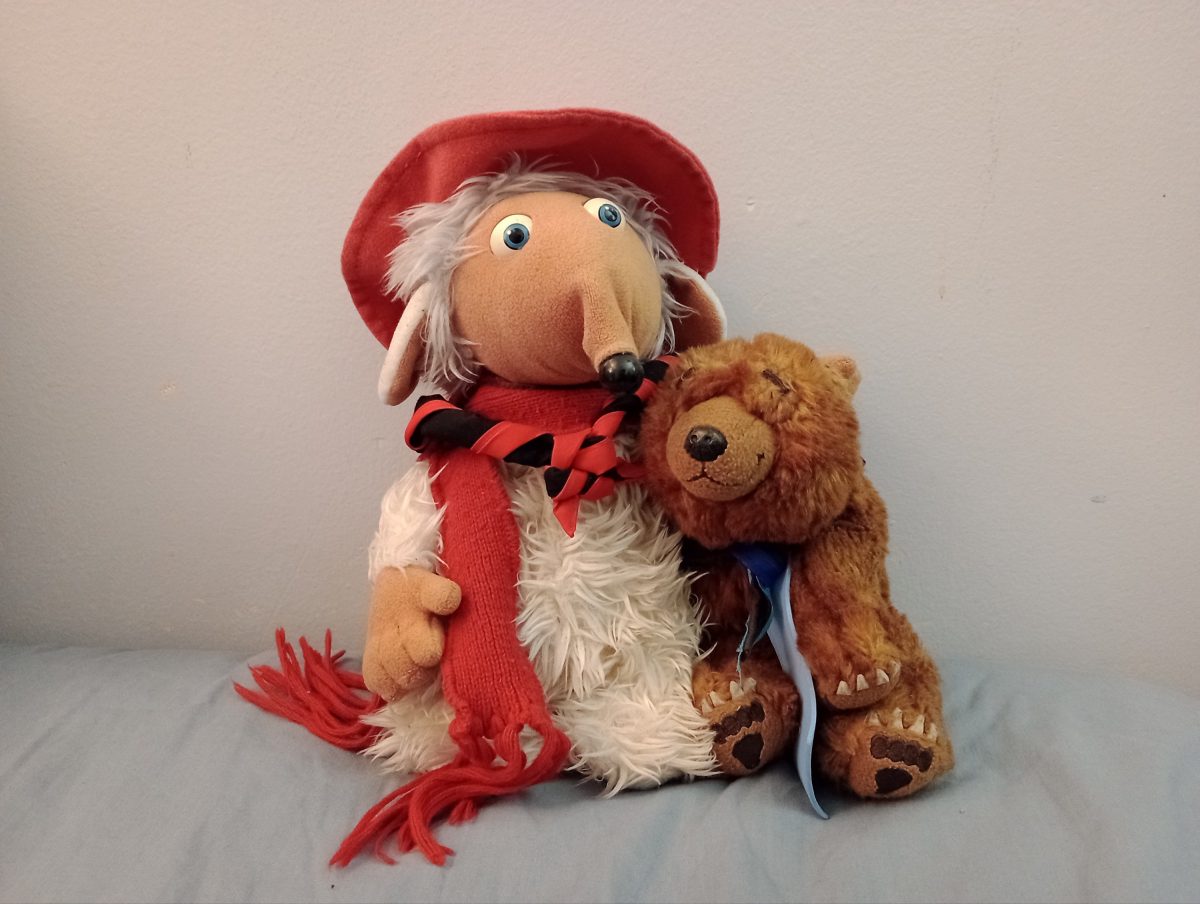 Recently 84 has got a new mascot (don’t worry, I am not being replaced yet!!) from BUSAG (Birmingham Universities Scout and Guides). It’s called Orinoco, after the Wombles and 84 has him due to being on the 2022-23 committee as publicity officer. I hope to become good friends with Orinoco and I am planning on interviewing him soon. 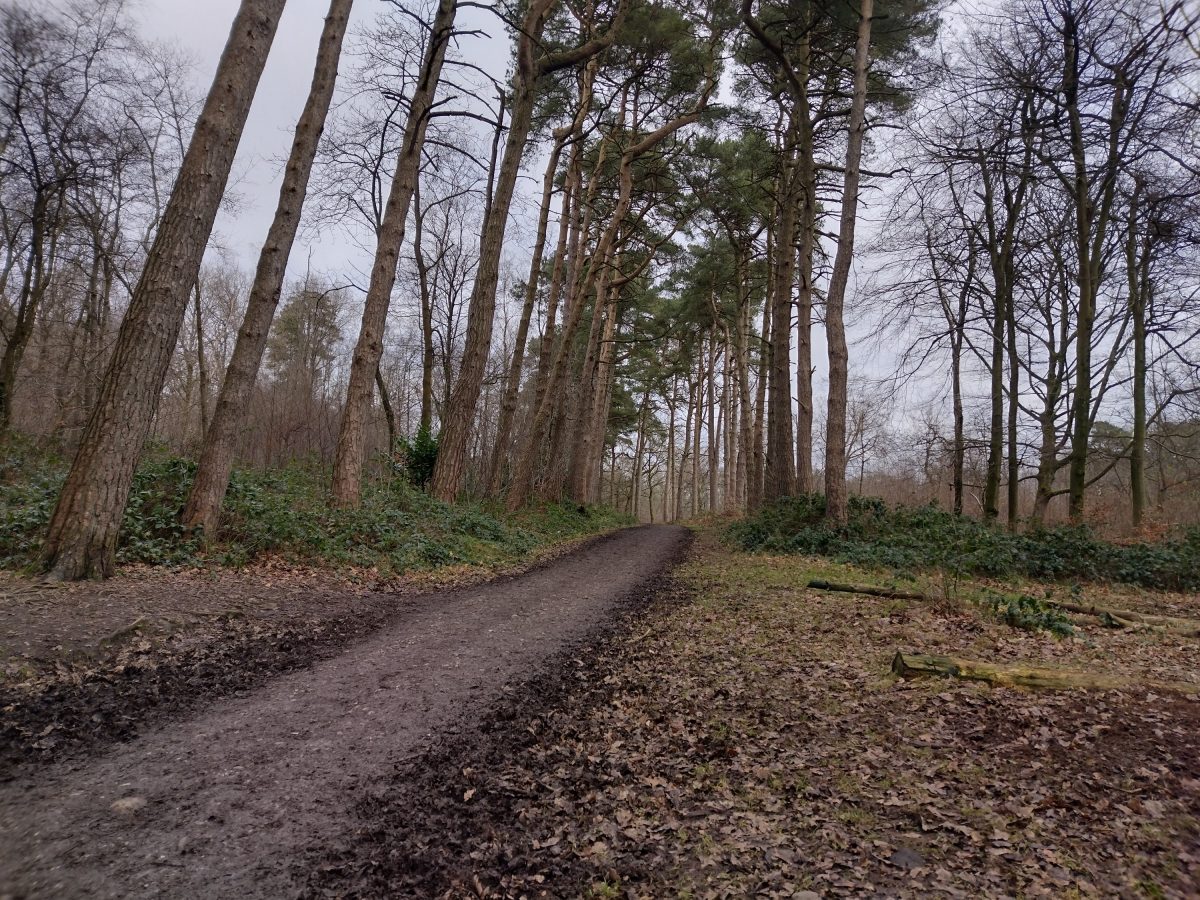 So a new year, a new resolution. I would say my resolution for 2022 would be to be more frequent in my blog writing but with university exams throughout January, I knew this would not be the case. I do not really have a resolution for this year other than to wake up earlier and be more productive during the day. My university semester starts back on the 31st so I currently have a week of ‘freedom’ and during this I am exploring the city.

This past week has been semi eventful. On Tuesday, I had the last of my exams after which I had my booster jab (as an end of exam present). On the Wednesday, I went on a walk along the local canals before starting season 2 of Cheer on Netflix (and subsequently finishing it by Friday). (see photos of canal walk below)

Thursday was a quiet day, however in the evening I had Beavers and Scouts. The Beavers learnt all about Australia to help them with their international badge whilst the Scouts made their catapults in their patrols. I made my own catapult at the same time (which worked better than the Scouts’ catapults!). I was then invested as a leader into the Scout Group which I definitely was not expecting – I now have another neckerchief to add to my collection.

On Friday, I choose to go on a mini hike around Lickey Hills where I walked over 22,000 steps (around 15km). It was a very therapeutic walk even with the strong winds and in the cold. I thoroughly enjoyed being able to wander around the woods and find look out points to try and spot my University’s clock tower (Old Joe). As I was returning back onto campus I was proud of myself as pre-WSJ, 84 would never have done anything like this. (see photos of Lickey hills walk below)

On Saturday, I tagged along to visit the Guide shop. I found some old badges in a lucky dip bag as well as the county Guiding badge which I had to buy. I avoided saying the banned word Scouting in the store – though it may not actually be banned, I didn’t want anyone catching on that I was an imposter! I got back to my flat and one of my flatmates had returned from the Christmas break. We caught up before going out shopping to grab some food before watching the Incredibles 2 (I worked out the villain within the first 30 mins – my flatmates can back me up) and an episode of Dawson’s Creek.

On Sunday, my flat and I headed to the Winterbourne house and gardens; where Blue has previously gone on a Bear hunt. We then ate some food before tidying the flat to have a small party in the evening. Look out for Blue’s blog where he heads on a Bear hunt!!

On Friday the 5th of November, it was bonfire night. Last year I wrote a blog about the history of Guy Fawkes which you can find here. As I am now at university, my weekend has been very different compared to if I was at home.

Tori, George and I went firework hunting around the posh, upper class area around my university. We saw a few fireworks in the sky but we were more exploring the local area before stopping at Morrisons to buy Parkin cake to have with custard. On our way back to my accommodation, we saw a dinosaur outside the Botanical Gardens. Later that evening, we watched Paul the movie (about an alien who wants to return home) and played with George’s NES gaming system.

Tori and I were going to go find some sparklers however, xe did not wake up in time – so we did not buy any. In the evening, we headed towards Edgbaston Cricket Ground to watch the fireworks. We stood in a nearby field, with torches I bought with me. The fireworks were very beautiful and after the display, we headed back to my flat. We played Solitaire, Blackjack, ate food (inc. churros) and watched a horror movie (called Hereditary – a psychological horror) on a projector.

I caught up on some work and completed some assignments. I also did some meal preparation as well as cleaning the flat. In the late afternoon, I went on a short walk (but saw no fireworks).

Today marks one month since moving into university and I have been busy settling in. I have been enjoying having independence, yet it was nice to see my family last weekend. Together we went out for a meal and did a small bit of shopping where I got a blind to go in my flat’s kitchen window (thank you Will) – this replaces the makeshift clothes line which dried our tea towels. Around the flat I have been doing lots of small DIY with string/ rope in order to create innovative spaces.

I’ve been baking a lot in university and have been making banana bread (also called monkey bread), ginger snaps, coffee cake and oat biscuits. I watched the Addams family with my favourite flatmates Ella and George over the weekend which was very nice and we have started hanging up Halloween decorations around the flat.

This weekend, I am going camping with my university’s SSAGO group which I am really looking forward to. It’ll be the first time I will’ve gone camping in nearly two years due to the pandemic disrupting various camping opportunities.

I am enjoying learning lots of new concepts and have recently started learning how to code in Java – which is quite difficult but with a bit of rubber duck debugging it is going swimmingly! I still have not caught freshers flu, instead I became very ill from my second vaccine (which I got at a cricket stadium).

As you can tell, I have been very busy but I will definitely blog about camping – so look out for another blog in a week.

On Saturday the 18th of September, Blue and I moved into university. We arrived at our accommodation at 16:30 and were greeted by older students volunteering to help us move our bags. At first the locks on the doors were confusing to open but shortly I got into the swing of it.

When I entered my flat, E was already there and she had unpacked most of her belongings. I found out that her mum works near where I live – showing just how small the world is. After unpacking some items and meeting W (another flatmate), it was time to head to Sainsbury’s to do a quick shop for some food essentials and a rug.

After arriving back at my flat, I said goodbye to my parents and sister before heading to play some card games with E, W and G. We wrote down when each others birthdays were on a chalkboard and made small conversation. We then headed to bed at around 22:30 so I finished some of my unpacking before heading to bed.

On Sunday the 19th of September, I woke up and made myself some breakfast. I started to set up my laptop and TV (which would act as my second monitor). I then went on a walk around campus to get some fresh air before walking back via the cannel. We then made lunch and chilled out.

Later in the afternoon I met with Z (someone I knew from primary school), we both walked together to a high street of shops to gather some extra items. It was nice to catch up after a few years of not seeing one another as well as being able to talk to someone more familiar.

After our walk, I headed back to my flat. I then went on the hunt to find the laundrette before heading to grab free pizza and talk to new people who were in some of the flats around me. I then made some dinner before watching some Netflix with E.