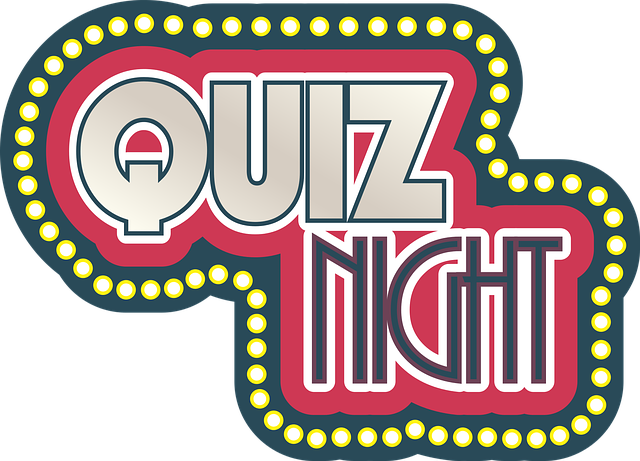 Last Friday I had a break from my own fundraising, to go along to a quiz being held to fundraise for my sister’s gang show. I didn’t really want to go but I was reminded that Sis84 has been dragged along to multiple fundraising events for me.

So off we went braving the icy roads to get to the scout hut. It turned out to be a very popular evening as they had to sort out extra tables as there were so many teams taking part.

It started with a table quiz of picture questions on Christmas best selling toys and an alphabet take from sweet wrappers which we had to name the sweet. We started off great, with Dad84 naming all the Lego variations and Mum84 doing well on the sweet wrappers due to her sweet tooth.

The first challenge came with the title of the first round ‘Sport’ well Fam84 are not particularly into sporting events so we dreaded this round. The first question was a complete guess, but had they listened to me they would have got it correct – cricket. Mum84 excelled in her sporting knowledge, knowing the answers to a few including who first ran the four minute mile.
We did so well that at the halfway point we were in 2nd place. Amazing …

The second half was also fun, yet again we guessed a few (OK more than a few!) Dad84 disappointed us by getting the name of the newspaper that Peter Parker works for wrong and Mum84 had a good stab at the musicals and film theme songs. The last two rounds were our best – dingbats and logos. I hate to say it but I just don’t get dingbats even though its say what you see. Thanks to my celebrity big brother guess for one of the logos Mum84 correctly got ‘Bird’s Eye’.

We had a great evening and ended up coming 3rd! Not bad for an amateur team. It has to be noted that the winning team consisted of the family of my Beaver Leader. Congratulations.