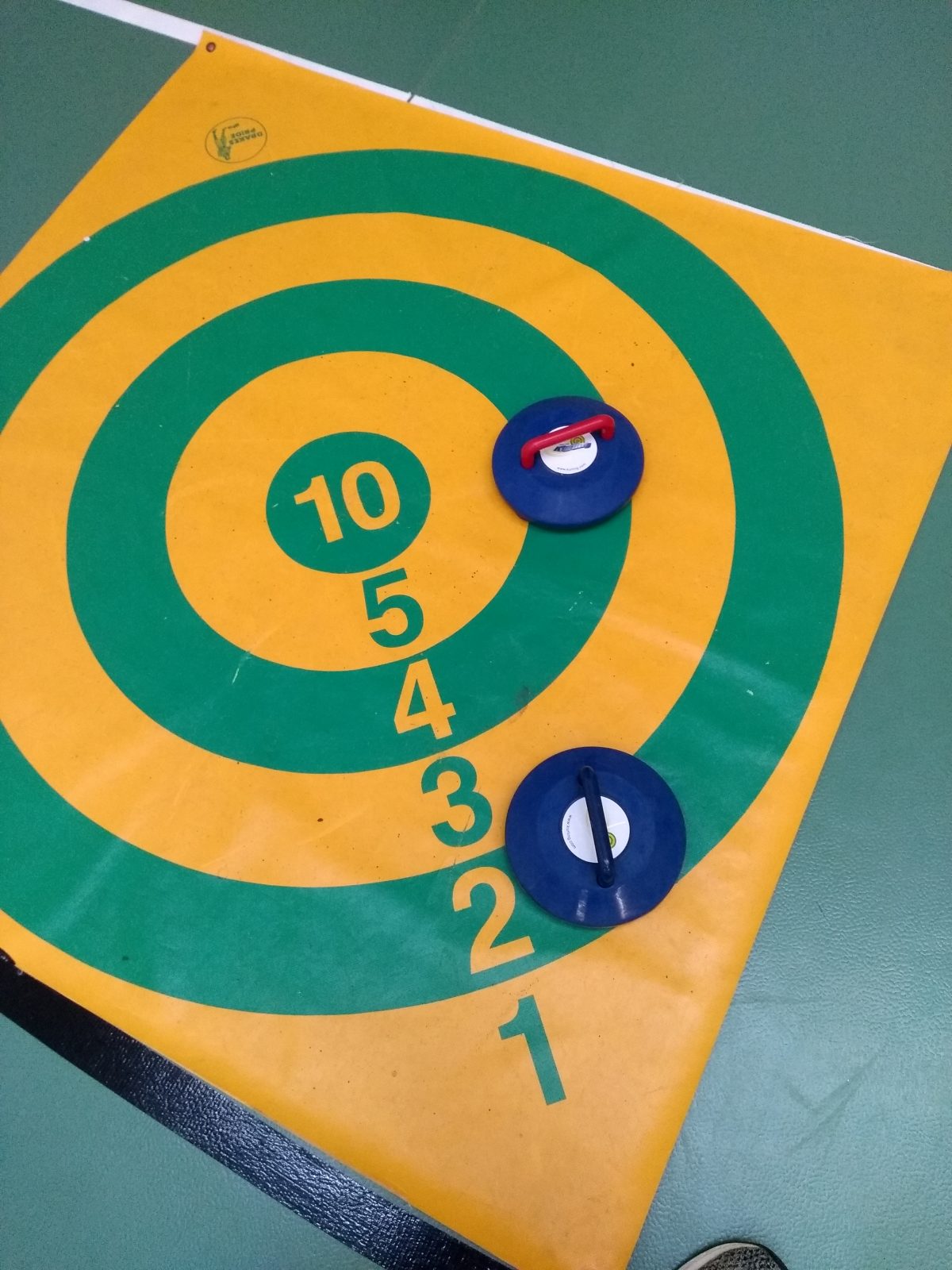 So this week I had the opportunity to go on quite the opposite of a usual camping trip. I went on a relaxing residential with my school as a thank you for doing so well as a year in our mocks.

We arrived and were treated warmly where our first activity was indoor curling. Even though we weren’t doing it on ice we still thought that we had to scrape/ brush the floor. We got told that we had gone wrong and the thing which actually looked like a brush was a stick to push the curls?

We then did t-shirt printing where I went for the flick paint on look. Followed by going to our rooms and then having a buffet tea.

Our evening activity consisted of a quiz where the only answer I’m sure I got correct was when we were asked where beavers lived. I knew the answer was lodges straight away through my scouting experiences. Nether the less, other rounds included, Disney characters, sport trophies, famous celebrities and brand names.

The next morning we did candle making and bisc painting. We then got our chance to go and use the swimming pool where there was a hydro spa and sauna.

In the afternoon, I did Bollywood and street dancing followed by ice skating. In the evening we had a disco where we had the classic school disco songs were playing; a bit of cha cha slide and macarena.

The next morning we played pool and then headed off back home with many new memories having been made.