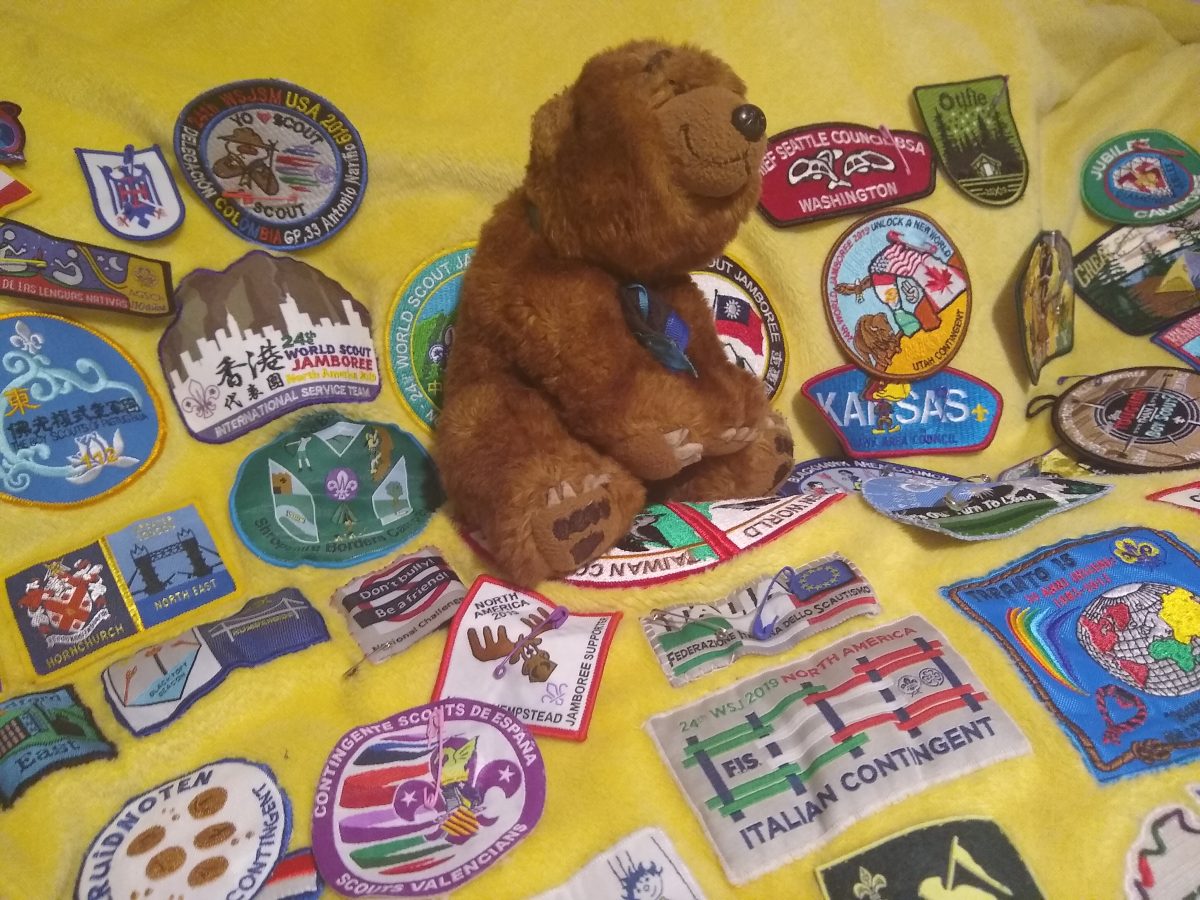 I’ve been hanging out with 84 since arriving back in the UK.

84’s been busy starting 6th form and has settled on A levels in Maths, Chemistry and Physics. Which FYI is apparently exactly what both Mum84 and Dad84 did.

She has a smart new uniform and even gets to wear a tie; it’s a bit like a Necker but without a woggle. 84 told me she use to wear one at junior school and has had to teach her friends how to tie one.

On Wednesday she headed to a careers fair and has been looking at universities already.

Last week she helped deliver a presentation about the Jamboree at the county AGM. The presentation included a video produced by unit 82.

84’s also been telling local scout groups all about the Jamboree experience and has been fundraising for her own scout group by manning a carpark.

She took me along to a preparation camp for the European Jamboree and we had a great time, 84 blogged about this herself, but I’m in the photos, I was a bit worried when they put me on the tomahawk targets but it was just so I could pose for a photo – maybe I should become a model.

In between all of this she has kept busy by sewing the enormous amount of badges onto her camp blanket. 84 has continued swapping since the Jamboree sending unit badges to South Korea, New Zealand and Croatia.

It seems like she’s been keeping busy to avoid any post Jamboree blues, even resorting to baking brownies, (no not those ones, the edible ones). I had a nibble and they tasted great. In fact there’s a few left so I’m going back to check that they are still edible.