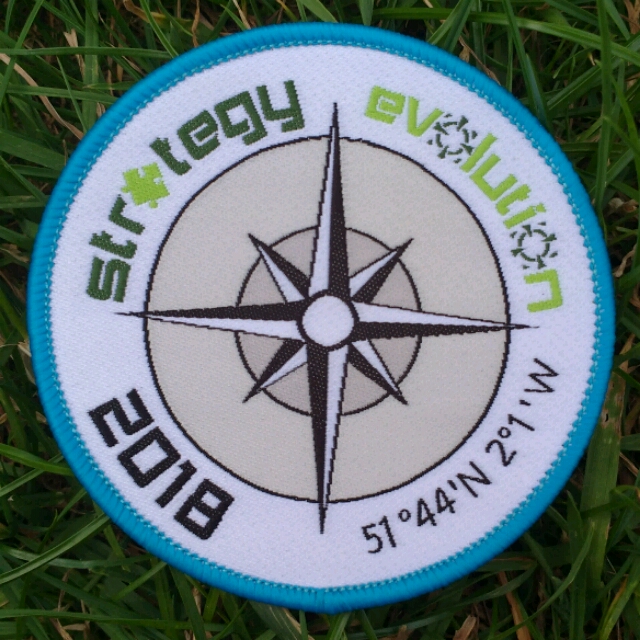 My Mum says how times have changed since she was a Venture Scout as the last words she said to me when dropping me off at camp this weekend were “have you got your charger cable?” Does she not fully appreciate the Scout motto! Well she certainly does now as next time I go camping she’s threatening to get the plumber in.

Before I write about this weekend, let me tell you about last weekend, when I helped out at Strategy, a event full of activities and challenges aimed at Scouts and Guides. I thought I’d use this blog to give you an idea of what that involved.

I arrived on Friday evening and, after pitching my tent, went to find a job to do as this was a working weekend. Unfortunately there were no jobs to do at the time so I went and explored the site and then investigated the disco. After a tiring evening (I had come straight from school) I went to bed.

We had an early start at a quarter to seven to go and get our breakfast, before working on the packed lunch conveyor belt. We then packed our day sacks ready to ‘man’ the bases.

For the morning I was at the Catapult base, at this base participants could score up to 100 points by catapulting 5 tennis balls and 5 soft balls into a variety of targets like buckets (an automatic 100 points), a paddling pool (20 points each) and a roped off area (5 points each) with bonus points if they ‘accidently’ hit one of the Young Leaders.

After lunch I moved bases to a giant “buzz wire” game. This time they had two minutes to complete the challenge to earn 100 points, but lost points every time they made it buzz.

I helped checked off the wristbands of each person as they came through for dinner and then had other tasks such as being on “hand sanitiser duty” and giving out pudding. After dinner was over I helped out in the café, scooping ice-cream onto waffles and taking payment for ice-cream cones. Even though I was on the ice-cream stand I somehow ended up eating free chips.

Once our set tasks were over we played with an American football someone had brought (well the Jamboree is in the USA) and generally wound down.

When we got back to our tents my Spidey-Senses kicked in. One of my tent buddies had left the inner tent unzipped and we’d been invaded during the day. My skill at spotting spiders no-one else had seen was incredible and we finally got to sleep.

After another early start on Sunday I helped run an “Escape Room” style challenge where they had to solve the puzzles to open a bike lock. After lunch we helped pack up until finally I was rescued and got to go home and rest. It was a lot of rest which is why my blog was so late last week!

The weekend was a good chance to catch up with some of my Jamboree Unit and also find out more about what to expect for when we came back this weekend to take part ourselves.

To end part one of this tale you’ll be pleased to hear that, thanks to a battery pack and the previously mentioned charging cable, my phone just about had enough charge until I got home.