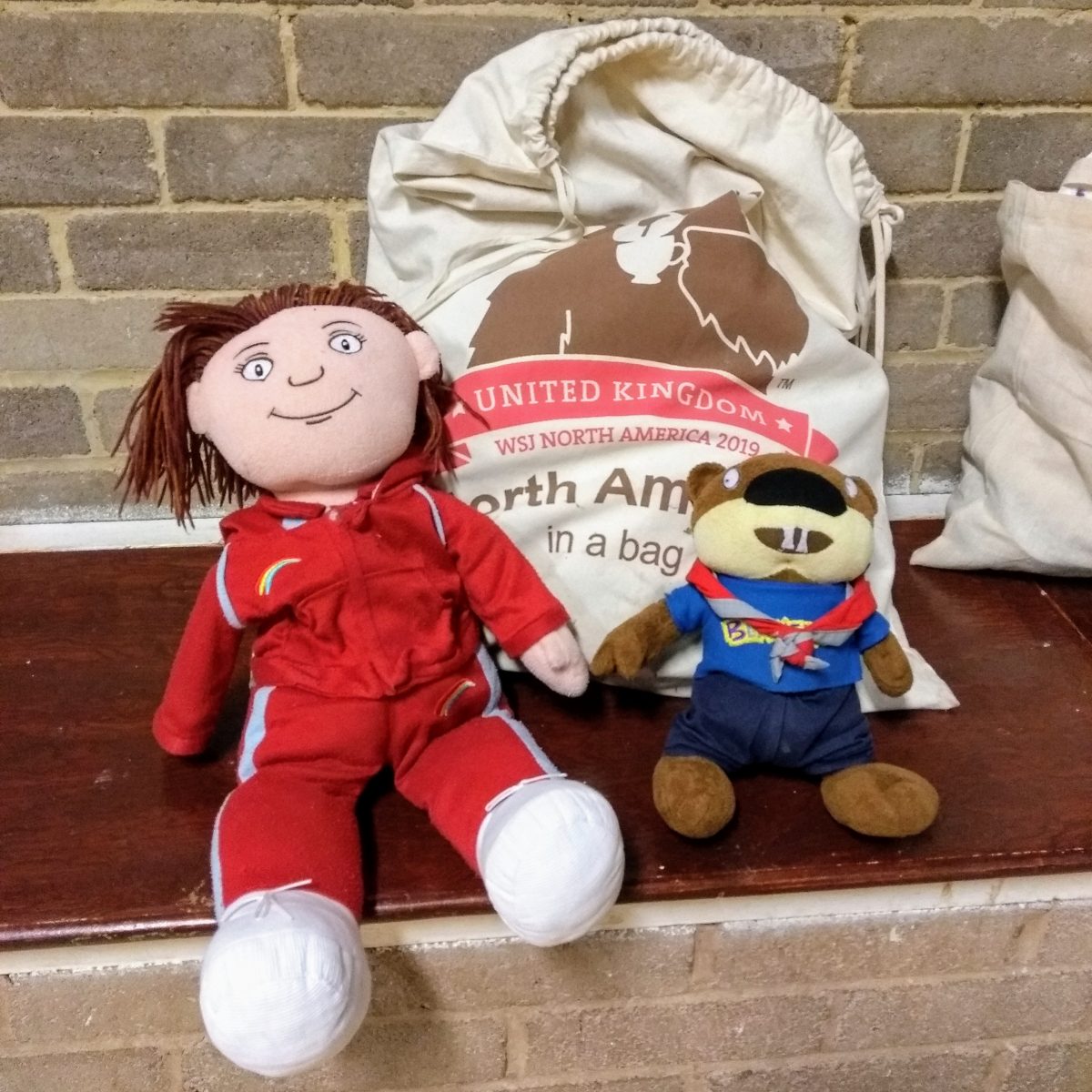 This week I’ve been out and about with North America in a Bag.

First I took it to the Beavers where I am a Young Leader. I know my Beavers well and I know they like doing craft so I planned the main activity to be making Dream Catchers. We played a version of “North, East, South, West” but with a WSJ spin. I also made some salsa in advance to take along so they could try salsa and nachos. The Beaver Leader was so impressed with how it went that I was given Barry the Beaver to take home.

I stayed on after Beavers to run a session for my old Scout unit. I didn’t think they’d want to spend half the meeting making dream catchers, but I still gave them 10 minutes to make one in their patrols. To add to the challenge after 5 minutes I told them they could only use one hand each. We played the Stealing the Sombrero game and then held a debate over which was better: tea or coffee. The session ended with lots of really good questions about both the Jamboree and the fundraising to get there.

The following evening I took the bag along to the Scout group my Explorers are attached to. All 4 sections meet on the same night, with some overlap, but I managed to spend some time with all of them. I spent the most time with the Cubs, I’d been a bit worried about this sessions as unlike the night before I didn’t really know any of them. It went really well with them enjoying themselves and showing a lot of interest. I also managed to speak to the Scouts and Explorers and run some games with them too.

My final visit was to my old Rainbow unit. I turned their regular circle time into a Pow-Wow with the headdress passing from one Rainbow to the next as they gave their news. They also enjoyed making the dream catchers and playing the games.

Although I’ve been a Young Leader with Beavers for a year and a half it was good to try and plan things for the older units as well. I’m also secretly hoping some of the Rainbows might defect to Scouting in the future.

2 thoughts on “North America in a Bag”