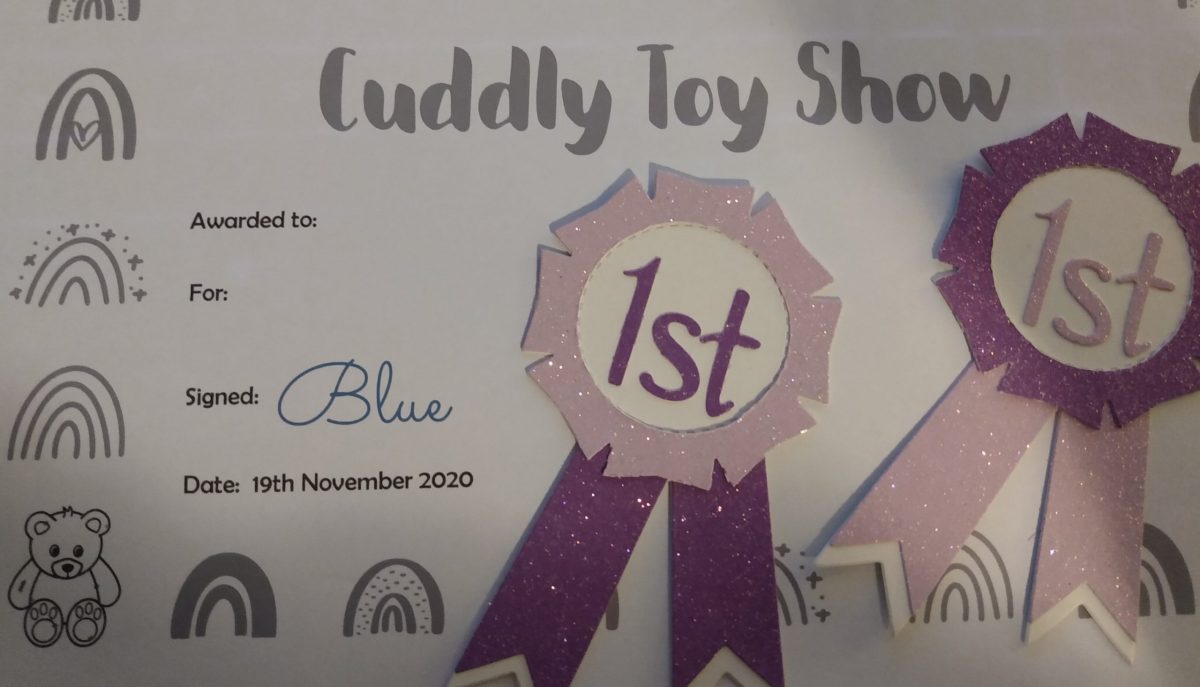 I’ve been a bit quiet lately, I’ve taken to hiding in 84s room to avoid getting this nasty virus which is about. I don’t want to be remembered as the first bear to catch it.

This evening I came out of my hiding place to undertake a very important role – Mum84 needed an adjudicator for the Rainbows Cuddly Toy Show so I ventured out.

I was introduced to the Rainbows, there were lots of new faces this time. Each Rainbow took a turn to introduce their cuddly toy and tell us a little bit about it. The contest for the biggest was a closely fought race with entries from P with Sparkles the Unicorn and M with Peggy the Pegasus. I needed a bit of help from the Rainbows to decide and Peggy the Pegasus was declared the winner of the biggest cuddly toy.

Another close category was the cuddliest cuddly toy, entries from O with Bunny, I with Lion and P with Sparkles, being on zoom this was very hard to judge as I couldn’t personally snuggle up with them and had to rely on how much they were being cuddled by their owner, but I eventually decided on Bunny who has been cuddled by her owner since birth.

Other entries included Sequin, Penguin and Lily who won the sparkliest, smallest and prettiest eyes categories.

Each entrant will be awarded a certificate and a rosette.

Mum84 says that some of the parents came up with a few alternative categories – most chewed, most washed, most bald spots and the one where Mummy hasn’t sewn the arm back on yet!

Maybe it’s not just me who needs to get out more … Lockdown is getting to us all.